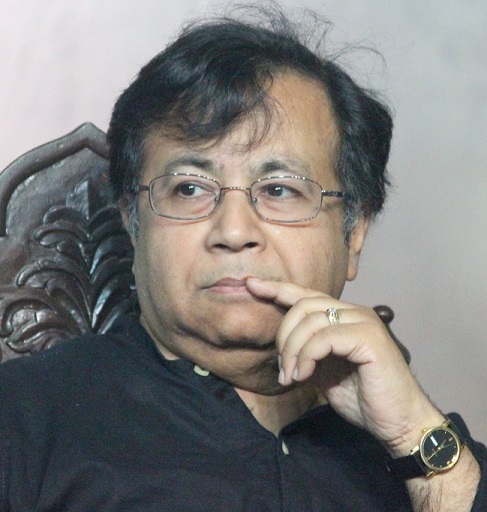 Sudipta Bhawmik, an award-winning actor, director, and playwright, have been performing in the tri-state area stages since 1989. Sudipta has acted in and directed several plays (in Bengali and English) and has won several awards at different festivals in India as well as in USA and Canada. He received training in acting and directing at the “Panchamved Charyashram” a theater school in Calcutta, India, founded by Saoli Mitra and had the privilege of training under the stalwarts of Bengali theater like Sombhu Mitra, Tripti Mitra, Saoli Mitra, Mohit Chattopadhya and others. He also received training from the famous playwright and director Badal Sircar at many of his workshops. Sudipta has also acted in a principal character role in Mira Nair’s film “The Namesake”.

In 2002, at the Toronto International Bengali Drama competition, Sudipta received the special actor’s award for his performance in “Kabar” from distinguished judges like Manoj Mitra, Bibhas Chakraborty and Soumitra Chatterjee.

Sudipta is a noted playwright and wrote several plays in Bengali and English. Sudipta’s plays tell the story of immigrant Bengali life and this has been his unique contribution to Bengali Theater. His  plays, “Phera” (The Return), “Kaalsuddhi” (The Redemption), “Durghatana” (Accident), “BSL”,  “Ron”, “Satyameva…” (Truth Only…), “Banaprastha” (The Retirement), “Taconic Parkway”, “Ekti Gnaye Thaki” (We Live in a Village) and others, have received wide appreciation both from the critics as well as the audience. His plays not only tell the stories of the struggles and contradictions of first generation Bengali immigrants, but also of their children and their divided loyalties. This has inspired several theater scholars to cite Sudipta’s plays in their scholarly work about diasporic theater.

Sudipta’s plays have been produced and staged in several cities in USA, UK, Bangladesh, and India. His plays have been translated and produced in several Indian languages like Hindi, Marathi, Tamil, and English. “Theater Workshop,” a leading theater company in Kolkata, India, produced his play, “Satyameva.” Samaman, a theater group in Balurghat is producing “Rajar Chithi”. In New Jersey his plays have received full production at the Edison Valley Playhouse, staged readings at Villager’s Theatre and Somerset Valley Players. His play “Ron” was nominated for a New Jersey Perry Award in the category of “Outstanding Original Play.”

Several of Sudipta’s plays have been published in leading theater magazines of Kolkata, like Bohurupi, SAS, Minerva Natyacharcha and others.  Saptarshi Prakashan, a leading publication house of Kolkata has published a collection of Sudipta’s seven plays titled “Natak Samagra” in 2010. In 2012 Kolkata Book Fair, Kalabhrit (Naba Grantha Kutir) has published Sudipta’s second book, “Ajo Kahini Ebong Onyanno,” a collection of five comedy plays. In 2016, his third collection of plays, “Rajar Chithi O Onyanyo” has been published by Pratibhash of Kolkata.  Sudipta is also a member of the Dramatist Guild of America and writes regularly for “The Dramatist” magazine published from New York.

Sudipta is the founder member of ECTA (Ethnomedia Center for Theater Arts) theater company and has been producing plays that “tell our stories through theater” since 2003 in New Jersey and all around USA and India.

Sudipta is a published cartoonist, a book illustrator, and a regular blogger.  His blog nynjbengali.com is a popular read amongst Bengali netizens around the world.

Sudipta currently hosts a radio show EBC Drama Club on EBC Radio in New Jersey. He is also the writer, director, and narrator of the popular podcast “The Stories of Mahabharata” which is being broadcast on EBC Radio and available on iTunes, Stitcher Radio, and Google Play podcast distribution services.

During the North America Bengali Conference (NABC) 2012 in Las Vegas, the Cultural Association of Bengal (NY) awarded Sudipta with the “Distinguished Service Award” for his contribution towards promoting Bengali culture in North America. The Bengal Foundation of America bestowed upon Sudipta their annual award “Amader Ekjon” for 2014. Sudipta also received the “Bhashanagar Award 2015” from Bhashanagar a leading magazine from Kolkata India.

Sudipta is a semiconductor design engineer by profession and has a Ph.D, M,Tech and B.Tech degrees from IIT Kharagpur, India. Sudipta has several patents, publications, and awards to his credit.