Scripts, Synopsis, Videos and other stuff/

An audio podcast telling the stories of mahabharata

PDF Documents of plays and other material.

Sudipta Bhawmik is an award winning playwright, actor and director and has written several plays in Bengali and English. Sudipta’s plays tell the stories of the struggles and contradictions of the first generation Bengali immigrants (and their children) with their divided loyalties. This unique contribution to Bengali Theater has inspired several theater scholars to cite Sudipta’s plays in their scholarly work about diasporic theater. His plays have been produced and staged in USA, UK, Bangladesh, India, and have been translated and produced in several Indian languages like Hindi, Marathi, Tamil, and English. His plays have won several awards at different festivals in India as well as in USA and Canada. Major theater journals in India publish his plays and he has three books to his credit. He is also the writer, director, and performer of the popular podcast “The Stories of Mahabharata.” Sudipta lives in New Jersey and is a member of the Dramatist Guild of America.

“‘Ron’ is one of the most well written and well constructed plays I have seen in recent times. While watching the play, Sudipta’s craftsmanship kept on reminding me of none other than J.B. Pristley. Craft apart, artisically also its content, dialogues, characterisation, and most importantly its universal relevance, appealed to me most.”
Bibhas Chakraborty
Theater Personality, India 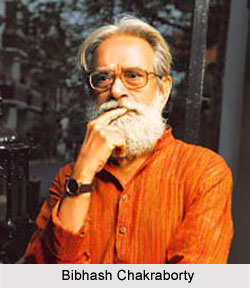